Eighty years ago today, in the early morning hours, 47 exhausted, sunburned men limped ashore at Hope Town. They were Captain Charles R. J. Roberts and the surviving crew of the SS Athelqueen, a British tanker torpedoed and sunk by an Italian submarine two days before.

The ill-fated voyage of the Athelqueen – which transported molasses between Florida and the UK — began on February 22, 1942. Having delivered her sweet cargo to Hull, England, she joined Convoy OS 20 – a group of merchant ships accompanied by escort ships, travelling together for safety during World War II.

Comprised of about 35 vessels, Convoy OS 20 was destined for Freetown, Sierra Leone in Africa. The Athelqueen accompanied the convoy as far south as the Azores, before splitting off on February 28 and heading west across the Atlantic to Port Everglades, Florida.

For protection against enemy aircraft and vessels, the Athelqueen was armed with machine guns and anti-aircraft rockets. These weapons were manned by crew volunteers who were overseen by a royal marine, 2 navy gunners and 3 army gunners.

Their Atlantic crossing was, broadly speaking, uneventful. On March 13, the Athelqueen’s crew learned that another British ship, the SS Daytonian, had been torpedoed and sunk by the Italian submarine Enrico Tazzoli about 135 miles east of the Elbow Reef Light Station. Fortunately, no lives were lost, as the crew were rescued by the Dutch tanker Rotterdam.

Early on March 15, the Athelqueen passed over the location where the Daytonian had sunk.

According to the diary of an unnamed crew member, photos of which were displayed in the Wyannie Malone Museum, it was a lovely morning with calm seas.

Around 3:00 pm, when the Athelqueen was about 80 miles east of the Elbow Reef Light Station, a lookout frantically sounded the alarm.

A torpedo had been spotted about a mile off, headed toward the vessel. The Athelqueen‘s crew quickly changed course. At first, they thought they had eluded the torpedo. Within seconds, however, they felt an explosion.

Below decks, Captain Roberts’ cabin door was blown open. “None of the crew saw a flash from the explosion, nor did they see any column of water thrown up,” he would later recollect. However, sea water began filling the engine room and fuel tanks, forcing men to scramble for the safety of the deck.

In his journal, the unnamed crewman noted, “Lights went out. Was thrown off my feet and heard water rushing in. Thought my time had come. Crawled to ladder through the water. All sorts of pieces falling down. Managed to get out of engine room. All covered in fuel oil. Side bunker had collapsed. Got Kemp to bridge, went aft to collect gear and lifeboat.”

(I believe Kemp to be Arthur William Kemp, the ship’s second engineer, whose arm had been broken during the explosion.)

By the time Captain Roberts reached the deck, fuel was pouring into the sea. The ship’s wireless operator sent out an S.O.S. and received a reply from American forces.

Confident that Allied help was on the way, the crew prepared to abandon ship as the captain ensured that the vessel’s confidential codes placed in a weighted bag and tossed overboard.

Twenty minutes later, as Captain Roberts and his crew scrambled into three lifeboats, a submarine surfaced about 2,000 yards away. It was the Enrico Tazzoli.

“I realized she was waiting for us to abandon ship,” the captain said. “I therefore gave orders to lower the boats.”

First, however, the Athelqueen’s crew opened fire, striking the submarine and sending it diving deep into the sea.

As her lifeboats pulled clear of the disabled Athelqueen, however, the submarine reappeared and began firing upon the ship. It erupted into flames.

When her reserve ammunition ignited, it set off a display of fireworks and exploding ammunition that whistled through the air. Her boilers exploded and she began to sink.

Alan Heald, who was 19 years old and the Athelqueen‘s third radio operator, later recalled that as the ship disappeared beneath the waves, the submarine resurfaced. Its captain appeared, raised a megaphone and addressed the men in the lifeboats.

“In perfect English,” Heald remembered, “he asked if we were OK. He told us how far away we were from land, gave us a course to set and said that with fair weather we should make landfall in about three days.”

With that, the submarine steamed off. Much later, the crew would learn that their shots had in fact damaged the Tazzoli, taking it out of commission for many months.

At Sea for Nearly Three Days

Back on the water, Captain Roberts ordered the boats to stick together and steer for Abaco. The unnamed crewman’s diary offers insights into their experiences on the water.

“Set sails,” he wrote on the afternoon of March 15. “Light breeze. Had 3 (indecipherable) for tea. Went dark about 8. Other boats ahead. No wind. Had to bail all night. Dozed off to sleep 5 am.”

His journal continued on the morning of March 16. “Woke up about 5:30 am. Dawn was breaking… Other two boats well ahead. Saw a sail fish. Very interesting. Still bailing. Fair wind has sprung up. We are catching up to the other boats. Had breakfast at about 9:30.”

Later that day, he wrote: “Caught up to skipper’s boat. Other still ahead. Exchanged greetings and passed on. Sun very hot. Wind still strong and sea has a bit of a swell… A couple of sailors and bosun are feeling sick. Must be the sun. Broke open a tin of corned beef with hatchet and had high tea with biscuits and water.”

“Just seen a light on horizon,” he noted that evening. “It’s getting dark.”

Captain Roberts picked up the story. “I was ahead of the other two boats, intending to pull round the northern end of the island, when suddenly the boat began pitching and rolling and then grounded on a reef. I shouted to the other boats to pull away out to sea and wait until daylight, when I would try and rejoin them.”

Meanwhile the third officer’s boat had also struck the reef, throwing the officer into the sea. Fearing the lifeboat was wrecked, five other men panicked, jumped overboard and started swimming for the shore.

The third officer managed to scramble back into the boat, which was, in fact, undamaged. Unable to spot the five crewmen in the darkness, he decided they must have swum for shore, and pulled out to sea to wait for dawn.

Though daylight would bring no signs of the missing men, it did bring a welcome sight.

The unnamed crewman wrote, “What a night. Have kept rowing and bailing all the time. Dawn broke about 5:30-6am. Can see a lighthouse and a small island. No sign of the other two boats. Lit a red flare to attract attention.”

Shortly thereafter, he continued: “Have just seen a white sail. Seems to be heading this way. Another sail has been spotted away on the horizon. Motorboat has just come round this end of the island. It is called the Trot”. The Trot soon had the lifeboat under tow. “Thank goodness we didn’t try ourselves,” the crewman wrote. “All sorts of bits of rocks and what not.”

About their arrival in town, the crewman noted: “Whole population has turned out to meet us. It seems the skipper’s boat was wrecked on the shore. Nobody hurt… they were found early this morning by one of the inhabitants. Other boat was towed in by motor boats just as we got in.”

The Athelqueen‘s crew was relieved to find that two of the men who jumped from the third officer’s lifeboat had, in face, made it to the beach. No signs of the three others was ever found.

“We had been followed by sharks ever since we were torpedoed,” said Alan Heald. “We suspected that they had met an unfortunate and messy end, although we shall never know.”

Soon, the local Commissioner arrived and shepherded Captain Roberts and his weary crew into the Hope Town settlement, where they were soon billeted out among the local residents. The local Methodist minister and his wife hosted more than 20 crew members in their home.

From the crewman’s diary, “We all went to Mission and had baths and snack… Billeted with Mrs Bethel – very decent lady… Town has been given a holiday… Visited Kemp at Mission. He is looking quite cheerful.”

“The islanders couldn’t have been kinder to us,” recalls Alan Heald. “They went out of their way to accommodate us. One islander took me round his ‘plantation’ consisting of coconut palms and sugar canes and another – a young woman – made me a straw hat.”

The next morning, March 18, the unnamed crewman wrote, “Ship called Content is coming to take us to Nassau.”

“When the time for us to embark came,” Heald said, “we were accompanied to the shore by many local people.” As the captain and crew once again boarded the lifeboats and were towed out toward the ship, the islanders began singing, “God Be With You Until We Meet Again.”

After boarding their rescue ship, the crew of the Athelqueen gave their lifeboats to the men who had towed them out. “I was glad about this,” recalled Heald. “We had no financial means of compensating those who had looked after us, and to see them acquire some material gain was, in a sense, satisfying.”

Hope Town resident Bonnie Malone Hall remembers that for a time, her grandfather, Eddie Malone, had one of the lifeboats.

According to the unnamed crewman’s journal, it was a “Very good crossing. Got into Nassau about 10. Went to the Rozelda Hotel and were given a snack and some gear. Very nice… All went to the (indecipherable.) Met a songwriter and had a good time singing around a piano till about 2:30. We wandered back to the hotel and went to bed. The pajamas and underwear are about 5 sizes too big but the shaving tackle etc. are very good.”

On Thursday, March 26, 1942, The Nassau Guardian published an open letter of thanks from Captain Roberts to the people of Nassau and Abaco for their many kindnesses.

The three lost Athelqueen crewmen, David W. Firth (52), Harold Jones (21) and William Proctor (30) were later memorialized at London’s Tower Hill Memorial, which commemorates civilian merchant sailors and fishermen who were killed during the war, but have no known graves.

And in March 2007, as part of Hope Town’s Heritage Days, a monument was unveiled atop the cholera graveyard hill.

It memorializes Firth, Jones, Proctor and all who have lost their lives at sea off the Elbow Reef. 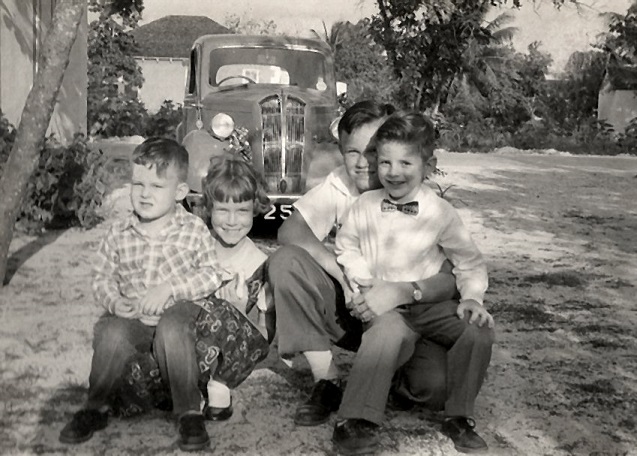 Mystery Photo Friday: Can You Identify the People in these Pictures? 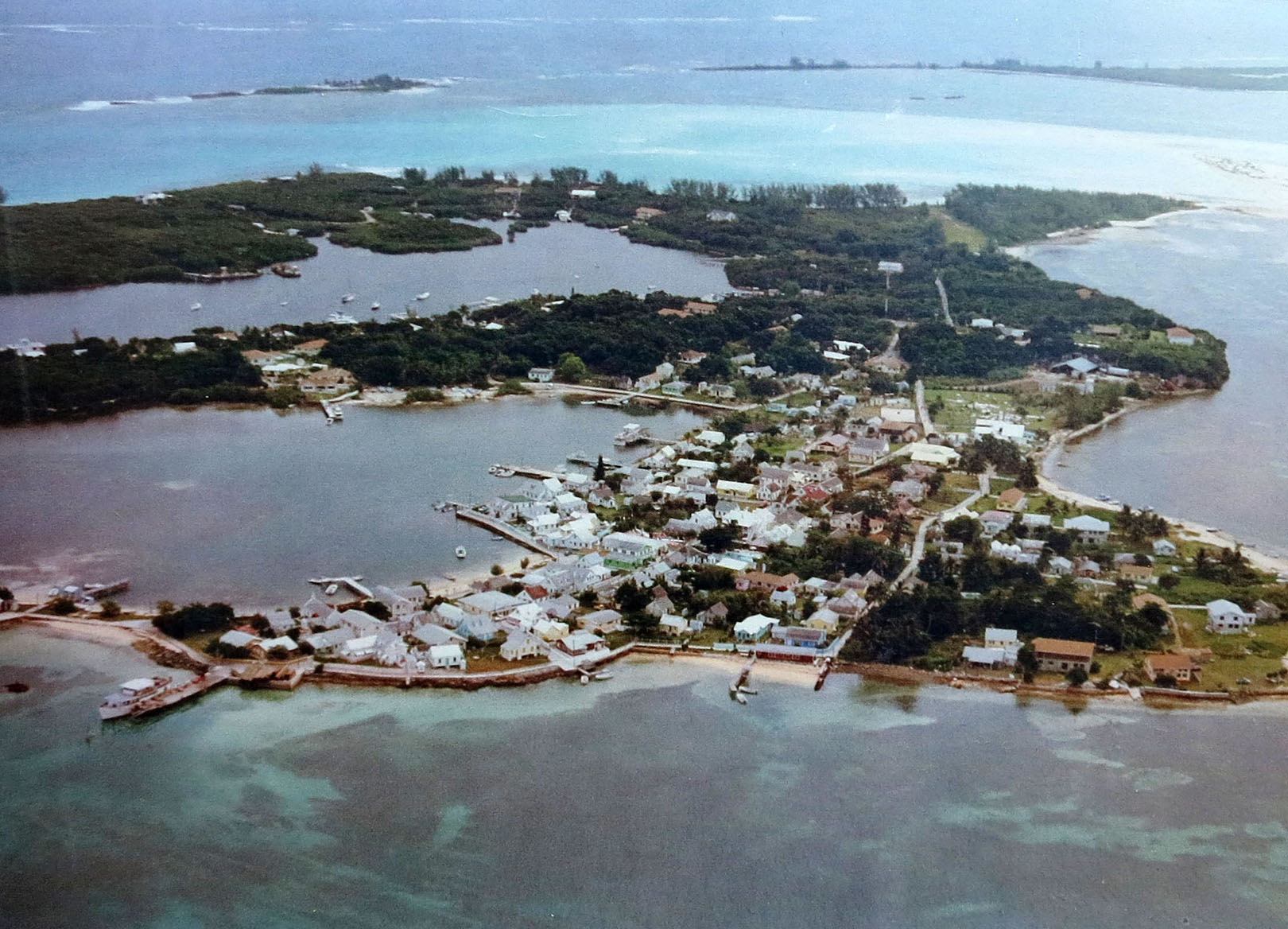 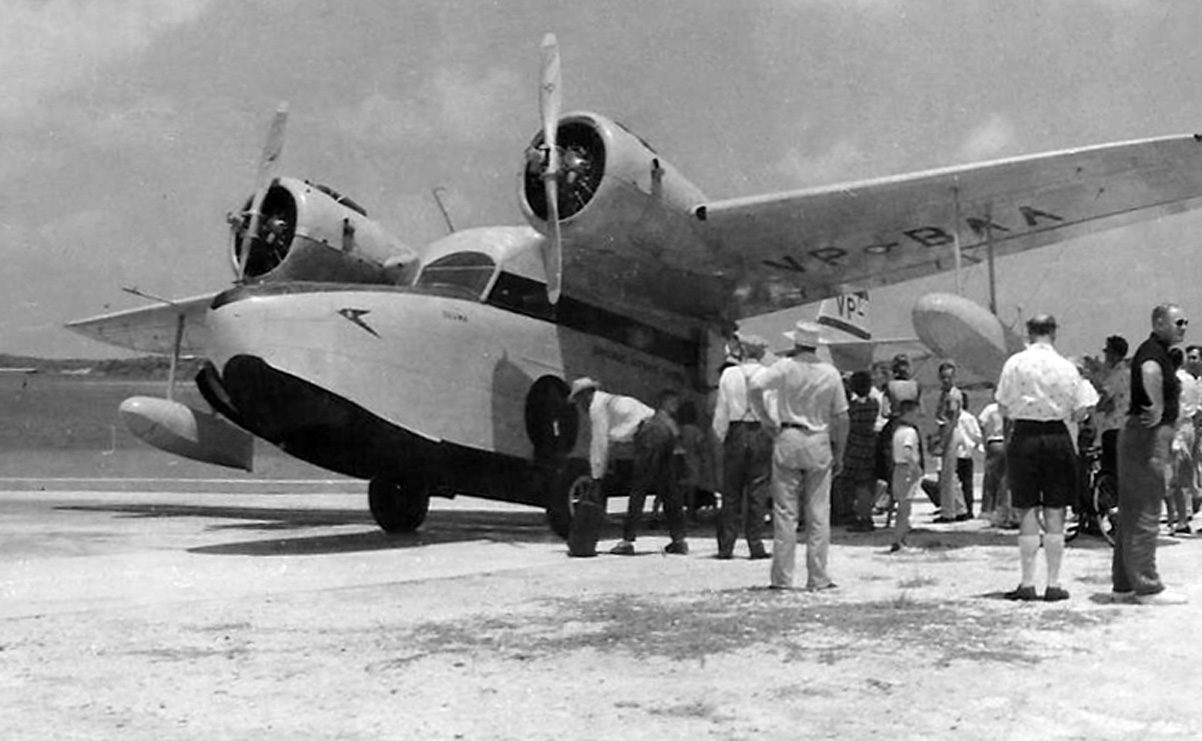 4 thoughts on “Remembering the SS Athelqueen”