Search online for images of Abaco, Bahamas, and one icon appears more than any other – Hope Town’s red and white striped lighthouse.  The world’s only remaining hand-cranked, kerosene-burning lighthouse, the Elbow Reef Lighthouse is one of the region’s most popular tourist destinations.

Along with its historic significance, the 89-foot lighthouse offers some of the most beautiful vistas in all of Abaco. Climb its 101-step, spiral staircase and you’re rewarded with views of the Abaco mainland, the settlement of Hope Town and the vast expanse of the Atlantic Ocean beyond.

That the Elbow Reef Lighthouse has become a much-loved piece of Abaco history is deeply ironic, given its inauspicious beginnings.

In the early 1800s, the waters east of Abaco were frequented by ships travelling from New York, Boston and Baltimore to the West Indies, and from Europe to the ports in the Gulf of Mexico.

Charts and maps were rudimentary, and unforgiving winds propelled ships dangerously close to the 100 or so miles of reef that skirts Abaco’s east coast.

It was a navigational gauntlet that, in the words of a January 17, 1865 New York Times article, “renders this portion of the coast a terror to the mariner. More wrecks take place here than in any other portion of the world.”

With an average of one shipwreck per month in Abaco, salvaging cargo from sinking vessels and rescuing their crews –- known as wrecking — provided lucrative employment for Abaconians.

It proved costly, however, for insurers, and by the mid-1800s, they demanded that ships be better built, better-qualified captains be hired and more accurate navigational aids, such as lighthouses, be utilized.

Not surprisingly, Abaco’s wreckers vehemently opposed these efforts. In 1863, when the British Imperial Lighthouse Service began building a light station on Elbow Cay, locals were anything but supportive.

Requests from the construction crews for fresh water were ignored. At night, the vessels in which tools and building materials were stored mysteriously sank. And when the Elbow Reef Lighthouse was struck by lightning shortly after completion, Abaco wreckers rejoiced.

Ultimately, though, they were fighting a losing battle. By the end of the 19th century, a dozen lighthouses had been installed along the Bahamian archipelago and most wreckers had moved on to other occupations.

During the 20th century, advancements in technology enabled the automation of lighthouses. Left unmanned and rendered unnecessary by improvements in navigation and transportation, many fell into disrepair and succumbed to the forces of weather and time.

Today, working in conjunction with the Bahamas Port Department (which provides the lighthouse keepers and fulfils the station’s kerosene requirements,) the ERLS manages the oversight and preservation of the Elbow Reef lighthouse tower, lighthouse keepers’ quarters, six outbuildings, a gift shop and a wharf/dock.

In 2014, the ERLS undertook a major, five-year restoration project. The metal framework of the weatherglass in the lantern room had rusted, putting pressure on its diamond-shaped panes of glass. Many of these large, curved panels were cracking and allowing moisture into the light tower.

Working from the top down, the ERLS repaired and sealed the lighthouse canopy and cleaned all of the metal weatherglass framing. All 96 panels of glass were replaced, a project which took several years and cost in excess of $200,000.

During the project, a young Bahamian film maker, Tyler Roberts, began documenting the restoration of the lighthouse, and interviewing lighthouse keeper, Jeffrey Forbes, Jr., about his work as one of the only keepers of a manual, kerosene-fueled light station left in the world.

At the end of August 2019, with Jeffery off the island on a well-deserved vacation, Hurricane Dorian formed in the Atlantic. The storm intensified rapidly, making its first Bahamian landfall on Elbow Cay as a powerful Category 5 hurricane.

Dorian would be the strongest recorded hurricane ever to hit the Bahamas. Hundreds of lives were lost in Abaco, and thousands of residents lost homes, businesses, schools and livelihoods.

Elbow Cay suffered severe devastation. The majority of structures on the island were damaged or destroyed. But, thanks in large part to the recently completed restoration, there was less damage to the Elbow Reef Lighthouse, and its irreplaceable Fresnel lens and delicate, antique machinery were saved.

Still, the light tower and other light station buildings suffered more than $860,000 worth of damage. The lighthouse gift shop, a major source of funding for the ERLS, was destroyed.

Still, recognizing the importance the lighthouse to community morale, they rigged up an electric bulb, an extra-long extension cord and a mini-generator. And on September 12, 2019, less than two weeks after Dorian, the Elbow Cay Lighthouse was shining once again, a beacon of hope for Hope Town and the surrounding settlements.

Through their various efforts and the creation of the Elbow Reef Foundation — a U.S. non-profit 501(c)(3) organization — the ERLS raised $185,000 to complete the most urgent repairs to the lighthouse, buildings and grounds before the peak of the 2020 hurricane season.

Tyler Roberts continued documenting the work of the ERLS and on September 12, 2020, the first anniversary of the re-lighting of the station, he released his first film, The Kerosene Keeper.

The Kerosene Keeper provides a fascinating behind-the-scenes look at the Elbow Reef Lighthouse, and the life of main lighthouse keeper, Jeffery Forbes.

The film weaves together Jeffrey’s family heritage of lighthouse keeping, the efforts of some of those who for 30 years have fought to preserve and restore the light station, and the ERLS’s struggle to recover from one of the darkest days in Abaco’s history.

Roberts breathes life into this structure of stone, metal and glass, and demonstrates that she’s as beloved a part of the Hope Town community as any human being.

His documentary is both entertaining and educational, and sure to be of great historic value in the years to come.

Still, more contributions are needed to complete the work required before the lighthouse can safely be reopened for the public.

In the short term, $500,000 is needed for the tower itself and an additional $200,000 will be needed to complete
repairs to the light station including walkways and fencing, the keeper’s quarters and the lighthouse gift shop.

If you’d like to help the Elbow Reef Lighthouse Society restore and refurbish this living piece of Abaco history, please contribute through their GoFundMe page. For more information, email them at erlsbahamas@gmail.com, or call them at (242) 577-0542. And for latest updates, follow their Facebook page.

Thank you to everyone who has contributed time, expertise and funds toward maintaining and restoring the Elbow Reef Lighthouse to date. And huge thanks to all who helped to keep the light shining to remind us not only of our history, but of all the brighter days that lay ahead. 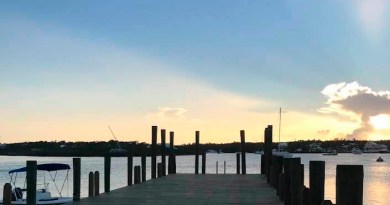 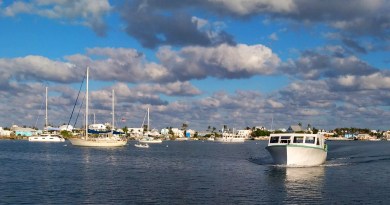 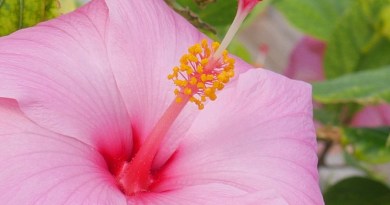