A surprising number of people have asked, but no, the young girl on the cover of my book, Those Who Stayed, isn’t me.

But her name is Amanda. And she, too, is a descendant of the United Empire Loyalists who arrived on Abaco’s shores during the late 18th century.

The cover artwork is an original oil painting by my cousin, Bahamian artist, Alton Lowe. It was inspired by the 1985 reenactment of the landing of a group of Loyalists in Hope Town (on Elbow Cay) 200 years before. At the reenactment, Amanda Bethel, playing the part of a Loyalist girl, planted a Union Jack in the sand.

When we were first brainstorming ideas for the launch for Those Who Stayed, my friend and fellow event producer Mandy Roberts suggested having a young girl, similar to the one on the cover, at the party. I loved the idea!

Green Turtle Cay’s Hailey Bethel — another Loyalist descendant, and the daughter of our friend and contractor, Jason Bethel — agreed to serve as our “cover girl” for the event. And when the Amanda’s original 1985 costume couldn’t be found, the talented Mandy and several of her friends whipped up a dress in no time.

As for Amanda Bethel, I finally had the chance to meet her earlier this year, at a book signing at Elbow Cay’s Abaco Inn, where she was kind enough to pose for a photo with a copy of Those Who Stayed. 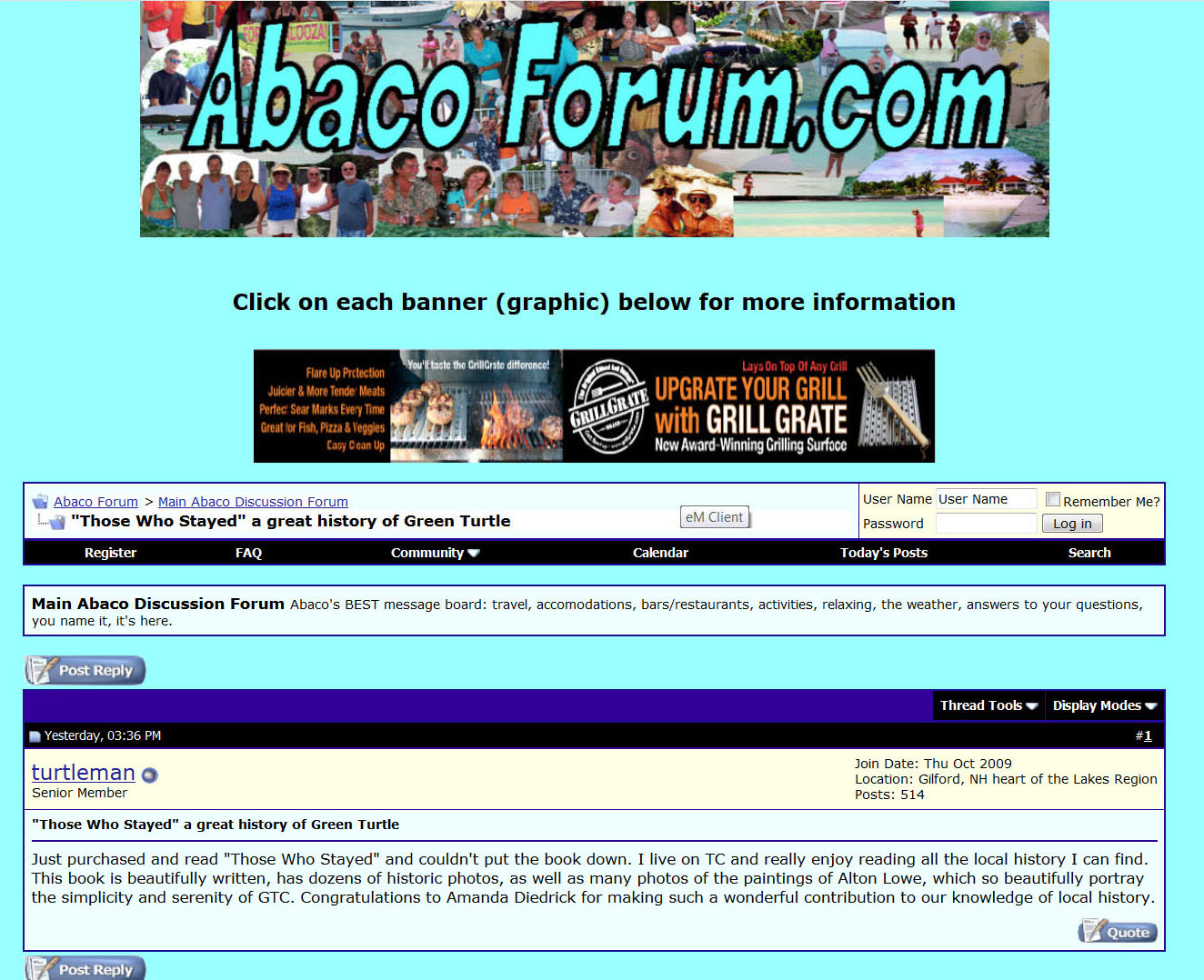 How Awesome is This? 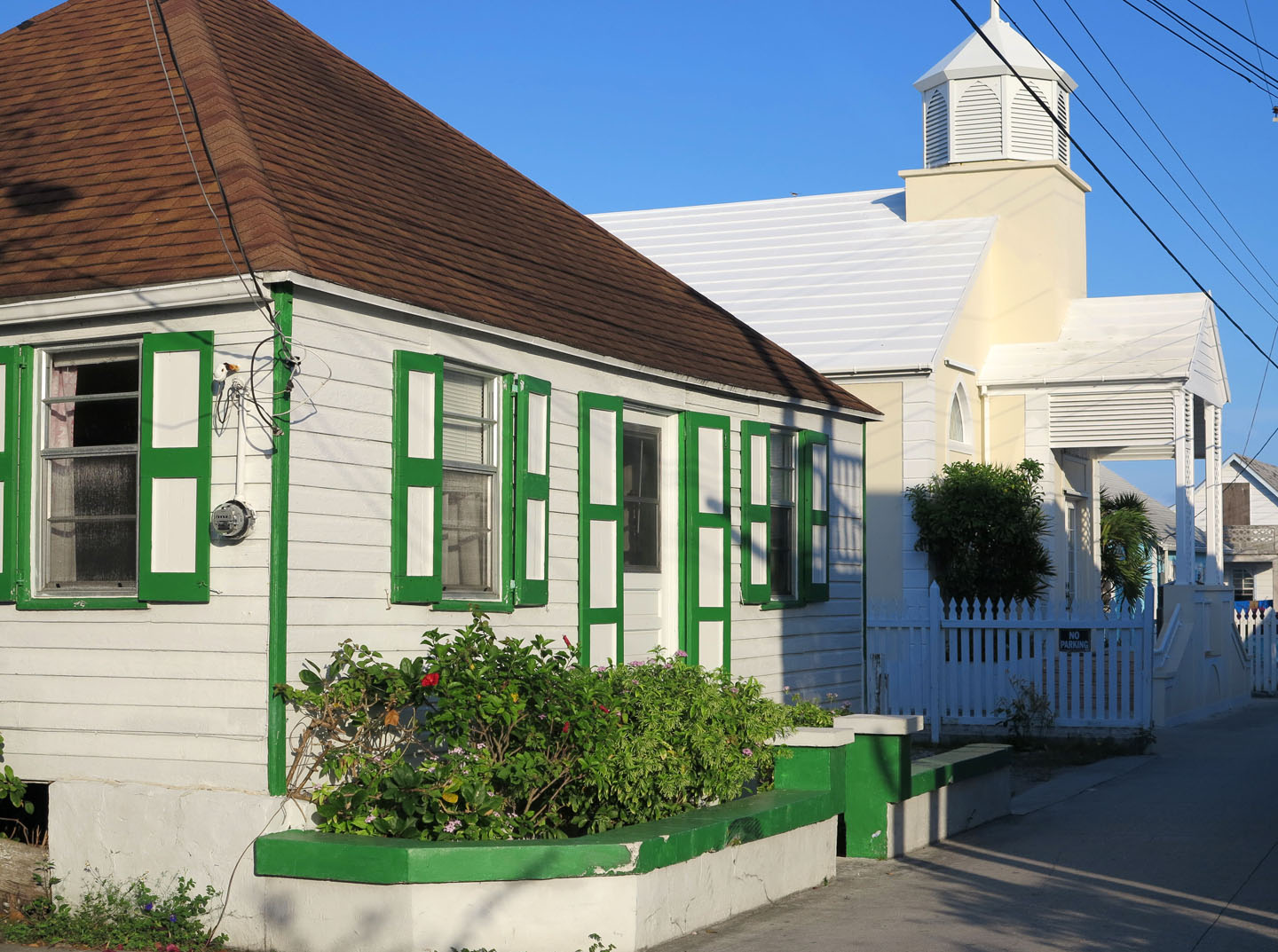 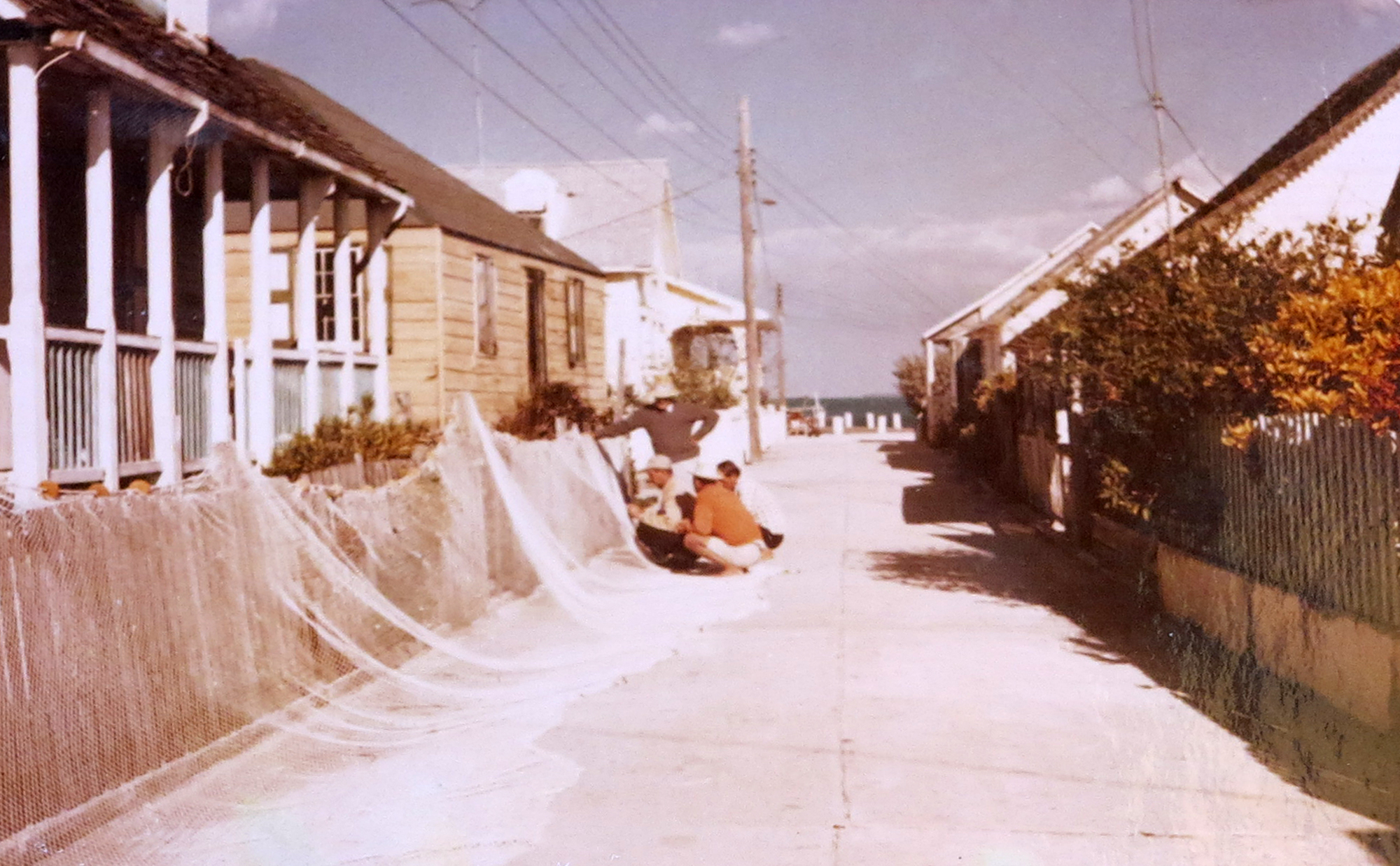