There’s a line in a Crosby, Stills and Nash song that says, “And you, of tender years, can’t know the fears that your elders grew by.” I heard that song as I was writing this blog post, and I realized how true it is. We can listen to or read the accounts, but I’m not sure we can really, truly appreciate the suffering or fears faced by so many of our ancestors.

On my mother’s side, our forefathers (and mothers) were Eleutheran Adventurers (more about them in an upcoming post) and British Loyalists all of whom, fleeing persecution, settled in the Bahamas.

Perhaps my best-known ancestor is Wyannie Malone, my 8x great-grandmother. She and her husband, a cooper (barrel maker) possibly named Benjamin, lived near Charleston, South Carolina.

With family roots in the UK, they sided with the British Loyalists during the American Revolution. Their son, Ephraim (and possibly two others, Walter and Benjamin Jr.) fought in the local Loyalist militia.

Years later, Ephraim Malone recalled that as the Americans were coming up the river to take Charleston, his family was forced to hide their livestock on an island in the river. Ephraim’s father hid his tools and the family’s meager savings beneath a tree.

Following the Battle of Charleston and the end of the Revolutionary War, Loyalists like the Malone family faced unimaginable violence and cruelty at the hands of the Americans. Their property and assets were confiscated. They were raped, branded, whipped, tarred and feathered. Some had their ears “cropped.” Others were imprisoned and sentenced to hard labour or even death. At least one group of Loyalists was confined to a dark, damp copper mine, where they ultimately died.

Their “crimes”? In some cases they were acts as innocuous as drinking tea, or toasting the King’s health.

Losing their land in the siege at Charleston was only the beginning of Wyannie Malone’s heartbreak. Soon after the siege, her husband took ill and died. One of their sons was killed during the war (some reports say three sons died in battle, but only one can be confirmed.) A daughter left to marry a sea captain, but was never heard from again. It was said that during a disagreement, her husband tossed her overboard.

On his deathbed, Wyannie’s husband begged her to take their remaining children and go the Bahamas. At the time, there were numerous advertisements published in local newspapers, encouraging Loyalists to escape persecution by the patriots and emigrate to the islands. The ads boasted of mild weather, tropical splendor and miles of lush land well-suited for agriculture.

And so, the recently widowed Wyannie and at least three of her children — Ephraim, David and young Wyannie – boarded a southbound schooner either in Charleston or St. Augustine, Florida, with no idea what lay ahead.

Many believe that the Malones landed first at Cherokee-Little Harbour and spent some time there. What we know for sure is that in September 1785, they rowed into a large harbour on Elbow Cay, north of the Abaco mainland. Accompanying them was a young man named Jacob Adams who had served as a Loyalist soldier alongside Ephraim Malone.

There, on the sheltered fringes of the harbour, along with other British Loyalists, they founded Hope Town. (It’s said that the vessel on which they originally left the U.S. was named The Hope.)

It’s difficult to imagine today, with Hope Town’s candy-striped lighthouse standing tall and its glittering harbour dotted with bobbing sailboats and encircled by pastel-painted cottages, what it was like to be its first permanent residents. To settle on a strange, completely uninhabited island and to endure violent summer storms, bugs and insects, wild animals and disease, while struggling to build shelter, locate fresh water and cultivate food before supplies ran out.

And, ultimately, to discover that the islands weren’t necessarily as advertised. The soil was, in fact, fertile – but far too sparse to support extended agriculture. In less than a decade, most of Loyalists’ cotton and other crops failed. Many who could afford to do so returned to the U.S., where by then conditions had improved, and where they helped found Key West.

For others, like Wyannie and her children, lacking the resources to leave and having nothing to which to return, there was no choice but to stay. Through blind determination and amazing resilience, they forged a life. The land having proved unable to sustain them, they turned to the sea, earning livelihoods through fishing, turtling, wrecking and boat building.

In the early 1800s, as a reward for their loyalty to the King, Jacob Adams and Ephraim Malone received significant land grants in Hope Town.

Young Wyannie married Jacob Adams. Both my great-grandmother, Margaret Eunice Key and my great-grandfather, Herman Thomas Curry (who built Fish Hooks) were descendants of this couple.

Today, there are more than 20,000 descendants of Wyannie Malone worldwide.

In the early 1990s, Virginia “Jinny” Whittemore McAleer and her husband Mac compiled a listing the first six generations of Wyannie descendants for Hope Town’s Wyannie Malone Historical Museum. In 1998, Jinny and Mac updated the publication. The Genealogy of Wyannie Malone is large, impressive and informative undertaking, though extremely difficult to come by — it quite literally took me years to locate a copy.

But there’s great news. The Wyannie Malone Museum is currently undertaking the monumental task of updating the book to make corrections and to incorporate all the Wyannie descendants born since the last edition was published.

The museum asks that all known descendants of Wyannie Malone submit information about their family trees for the book. Even if you’ve submitted corrections and additions in the recent past, they ask that you send them again to this dedicated email address: wyanniesbook@gmail.com.

Bonnie Hall, who’s spearheading the project, says they’ll take as much information as you can provide — names, birth, death and marriage dates and locations, spouse names, burial places, military records, even stories about your ancestors’ lives.

I’ll post updates as the project continues, including a publication date and order information.

In the meantime, if you can assist with this project, please contact the museum at wyanniesbook@gmail.com. And if your ancestors hail from Abaco, but you’re not sure if you’re a Wyannie descendant, get in touch, and I’ll check the Index of my The Genealogy of Wyannie Malone to see if they’re listed. 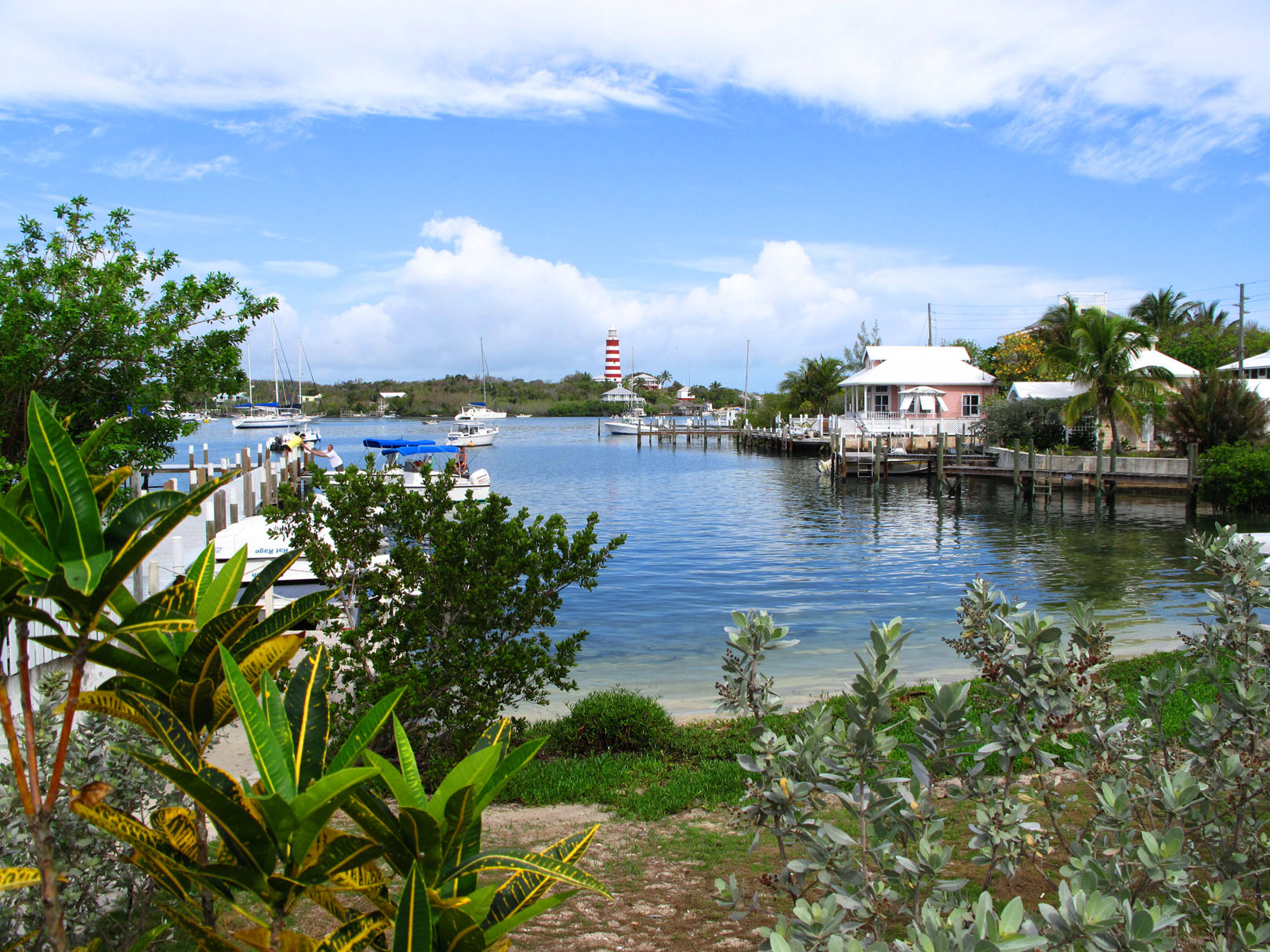 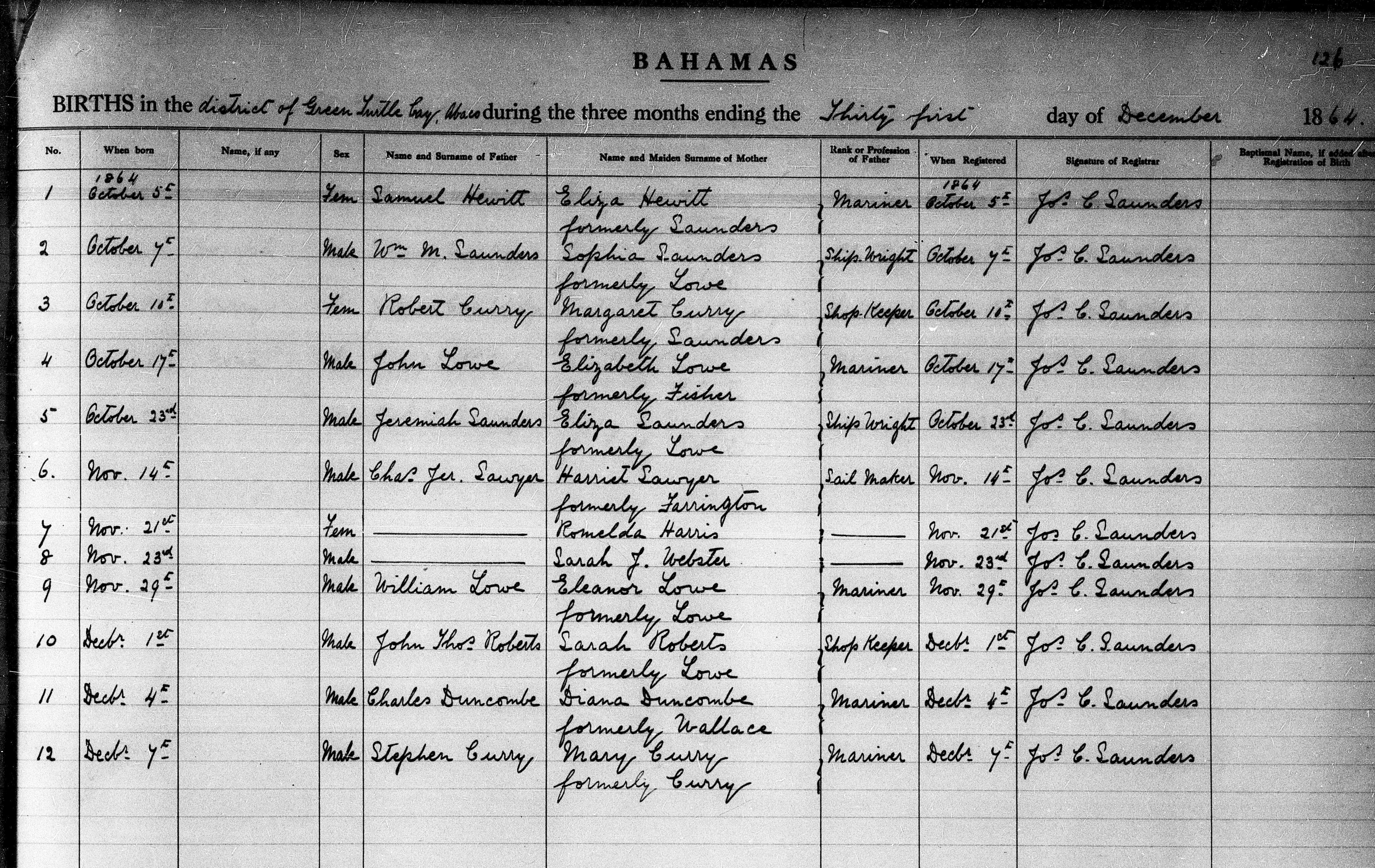 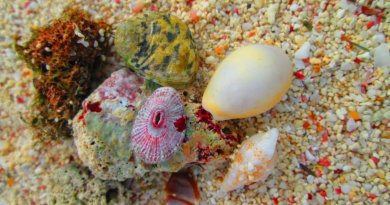 8 thoughts on “The Fears That Your Elders Grew By”