If you’re a regular reader of Little House by the Ferry, you’ve probably noticed I haven’t been posting as often as I normally do. I’ve even missed a few weeks’ worth of Daily Photo postings. And while I gave it my best shot, I wasn’t able to complete NaBloPoMo.

It’s not that I’ve lost interest in the blog. The truth is that on Saturday morning, October 22, my Dad, Rudy Diedrick, passed away.

Though he had an illness that we knew would ultimately be terminal, his death was sudden and unexpected and a terrible shock for our family. I flew to Vancouver Island that day, and spent the rest of 2016 there, helping my Mom as she adjusts to a new way of life.

It’s taken me a while to feel ready, but I wanted to share a bit about my Dad.

Though I generally write about my convoluted maternal Bahamian roots, the truth is that my father’s ancestry is equally fascinating.

My Dad was the great-great-grandson of Andreas Diedrich, a shoemaker who along with his wife Josepha Waechter, moved his family from Brakel, Germany to St. Ann, Jamaica in 1834.

Born May 8, 1945 in Kingston, Jamaica, my father was one of the four rambunctious sons of Leslie Diedrick and Gladys Sasso.

As a teenager, Dad moved from Jamaica to Nassau, Bahamas to work and to live with his aunt and uncle, Norma and Stanley Sasso. There, he met Caroline Albury, a teenager whose Abaco roots ran deep. They married in 1965.

With a guiding hand from my maternal grandfather, Lionel Albury – who no doubt wanted his daughter to marry someone with a promising career – my Dad entered the banking industry, accepting a job at Commonwealth Industrial Bank in Nassau.

My grandfather ribbed my father incessantly. Upon learning how much his future son-in-law could eat, he teasingly suggested that when my Dad visited, he should “come after breakfast, bring your own lunch, and leave before dinner.”

For years, Dad was an active member of the Bahamas Chamber of Commerce and the Rotary Club of Nassau. People who knew him during the more than a decade he spent in the Bahamas recall his smile, his vibrant personality and the fact that he was the life of the party.

This won’t come as a surprise to those who knew him, but Dad was a big kid at heart. He would tease my brother and me and play jokes on us, like steering the car without hands (we were too enthralled by the “magic” to notice his knee guiding the wheel.)

Out of twigs, sticks and palm fronds, he built a fort for us in the bushes behind our house. Weekends, we played badminton in the back yard. We’d swim, snorkel and let my Dad bury us up to our necks in the sand.

And long before selfies were a thing, my Dad would turn the camera around and snap photos of himself making faces, much to the amusement of my brother and me. A man ahead of his time.

In 1977, my Dad accepted a job in Vancouver, B.C. with Commonwealth Bank’s parent company, Laurentide Finance.

Laurentide was later bought by the National Bank of Canada and as a result, my Dad worked his entire career without ever having to look for a job. (Which made it difficult for him to understand whenever my brother or I wanted to make a career move.)

In Canada, Dad continued his involvement with community service groups, joining the Rotary Club of Delta, B.C., the Delta Optimists and North Delta chapter of the Lions Club. For years, he studied at night to get a banking degree.

Winter was a huge novelty for those of us born and raised in the islands, and my Dad loved to take us tobogganing at Mt. Seymour and skating on Deer Lake whenever it got cold enough. Saturday evenings, we’d gather beside the fireplace and watch Hockey Night in Canada.

In the spring and summer, we camped, first in our giant, wood-paneled station wagon, then in a tent trailer and finally in a fifth-wheeler at Pavillion Lake, just outside Cache Creek. We fished and took road trips through the interior of B.C., visiting water parks and buying gigantic Okanagan peaches and cherries from roadside stands.

For my Dad, there was only one way to do things – the right way. He insisted, for example, on teaching me to drive in a manual transmission vehicle. That way, he said I’d be able to drive any car, any time.

Though I’ve silently thanked him many times over the years, I didn’t necessarily appreciate his wisdom at the time.

Suffice it to say that I shed more than a few tears as I learned to balance clutch, brake and gas, and on more than one occasion, I stormed out of the car, threatening to walk the 10 or so miles home.

In later years, when I worked in a building nearby his office in downtown Vancouver, we’d meet regularly for lunch. At Kamei Royale for sushi. Every time. My Dad would order Lunchbox A. With extra pickled ginger. Every time. Like I said, there was only one way to do things.

My Dad was one of the most principled people I ever knew. I hope I’ve inherited some of that. I know that for better or worse, I’ve inherited his impatience and his inability to suffer fools, gladly or otherwise. (If you ask Tom, I’m sure he’ll show you his uncanny impression of my Dad’s “Are you a complete idiot?” face.)

After a 40-year career in banking, my Dad retired in 2005. The next year, when Tom and I moved to Los Angeles, my folks drove down to visit us over Christmas.

On the way back to Canada, Mom and Dad detoured east to visit friends in Desert Hot Springs, California. They loved it so much that the following year, they bought their own little home there. For Tom and me, it was a treat to have them less than two hours away for the winter.

As always, my Dad was the life of the party, serving on various committees and helping to organize events within their community of Quail Valley.

Whenever we visited, there was always someone dropping in to make sure Rudy was coming to ping pong or poker or golf. Tom and I joked that just hearing the details of their packed social schedule exhausted us.

A year ago, Mom and Dad moved from the Vancouver suburbs to a community called Arbutus Ridge on Vancouver Island – a place that Tom and I soon came to refer to as Quail Valley North. In no time, they had settled in, joined various groups and made some dear friends.

That they were welcomed affectionately and generously by the community was evident in the numerous phone calls, the gigantic stack of cards and the many offers of all sorts of assistance that my Mom has received over the past few months. So many of those who’ve called and written recall my Dad’s big and jovial personality and his warm hugs.

Though my Dad had visited Green Turtle Cay during his years in the Bahamas, it had been decades since he’d been here. But during our wedding week in 2007, he fell in love with the island. And almost every May since, he and Mom met up with Tom and me on the cay to celebrate our anniversary and Tom’s birthday.

Dad was so happy for Tom and me when we bought Fish Hooks, and he and my Mom have been unfailingly supportive throughout the process. On May 8, 2015, during what would be Dad’s last visit to Green Turtle Cay, we celebrated his 70th birthday, with a number of family members flying in from Nassau to surprise him.

Mom and Dad loved traveling, and as evidenced by the dozens of pins on the map in their basement office, they’ve been all over the world. But Green Turtle Cay was one of my Dad’s favourite places on the planet.

Everywhere I go on the cay, I’m reminded of him. When I take Wrigley to the South Beach, I can see my Dad on the porch at the South Beach Apartments, enjoying the breeze and his morning coffee. Watching Blue and Simon Jones clean fish on the dock, I remember how much Dad enjoyed Blue’s stories about the history of the cay.

The real estate listings in the Abaconian make me think of the many times he dragged us out in the golf cart, sometimes over rickety, nausea-inducing back roads, in search of some multi-million dollar vacation home he’d seen advertised. You know, just in case he won the lottery.

The freight dock reminds me of a fun family fishing tournament we held during his last visit here. And I can’t pass Coco Bay without thinking of the many afternoon dips where we’d sit shoulder-deep in the shallows, enjoying the refreshing, cool water and watching the fish and rays drift by.

My Dad didn’t want a funeral service, and we’ve honoured his wishes. However, when my Mom’s up to it, we’ll celebrate his life the way he’d want us to – with a gathering on Green Turtle Cay and a dip in Coco Bay. Maybe we’ll even drive by and check out some million-dollar real estate listings. You know, just in case. 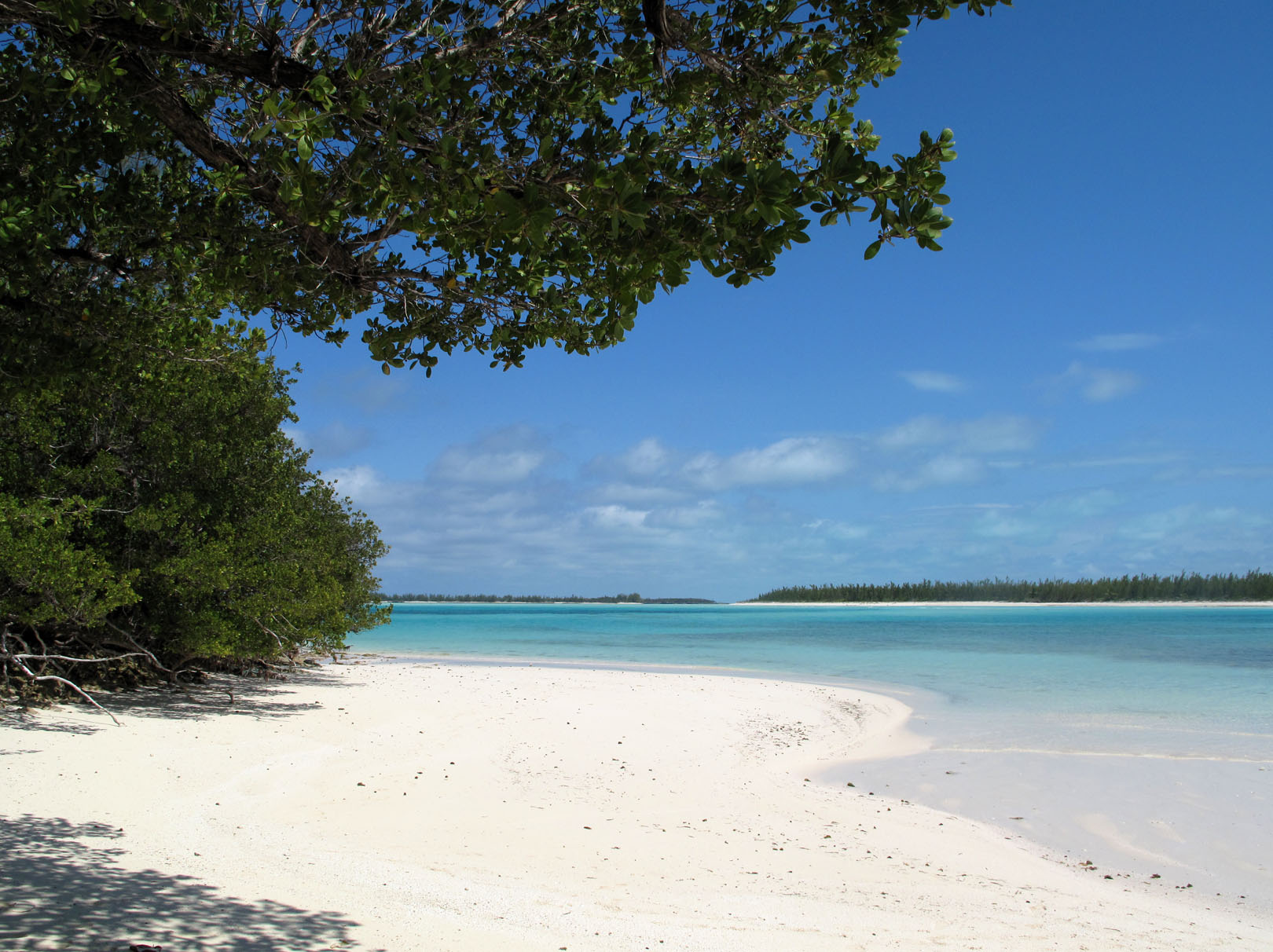 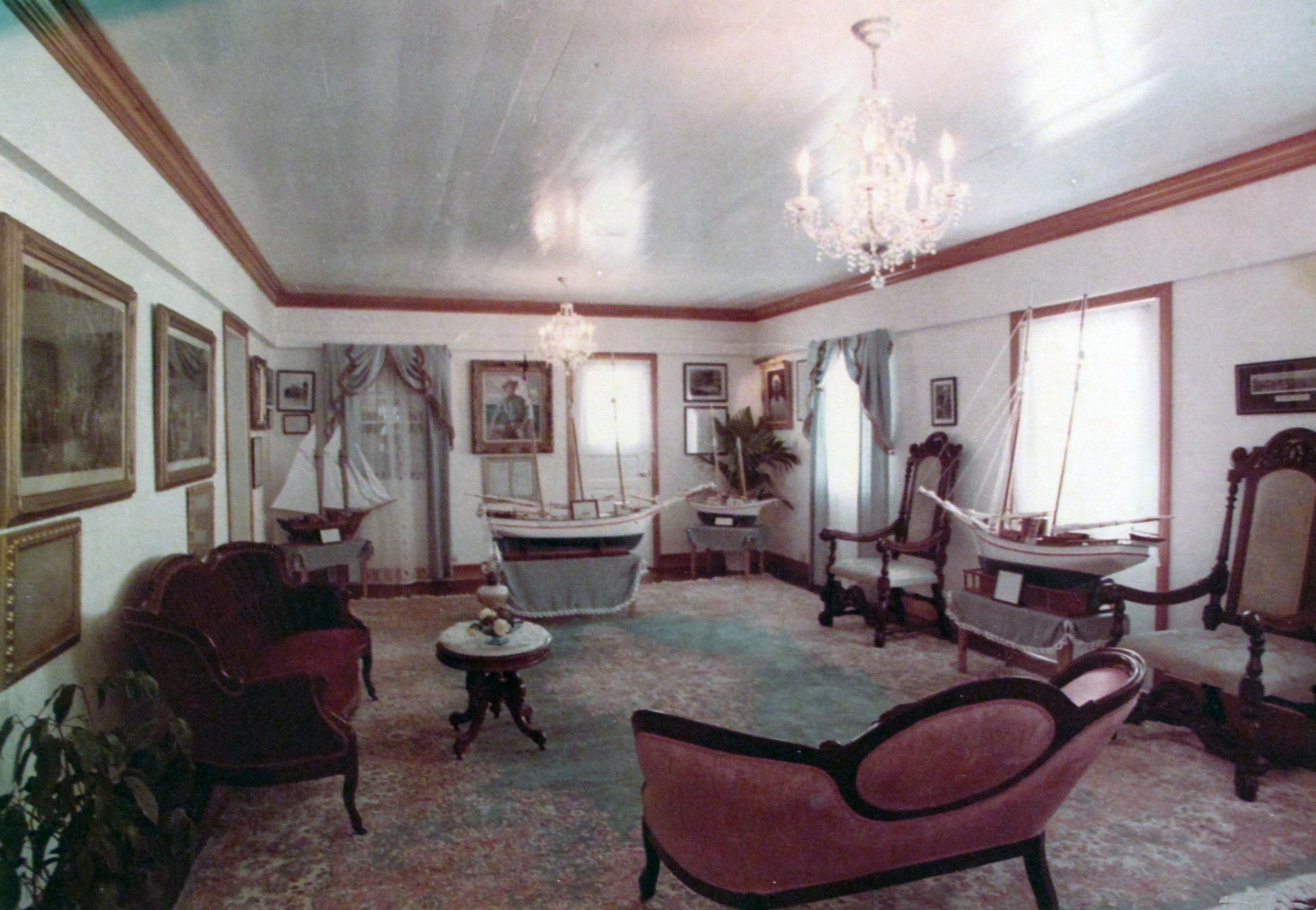 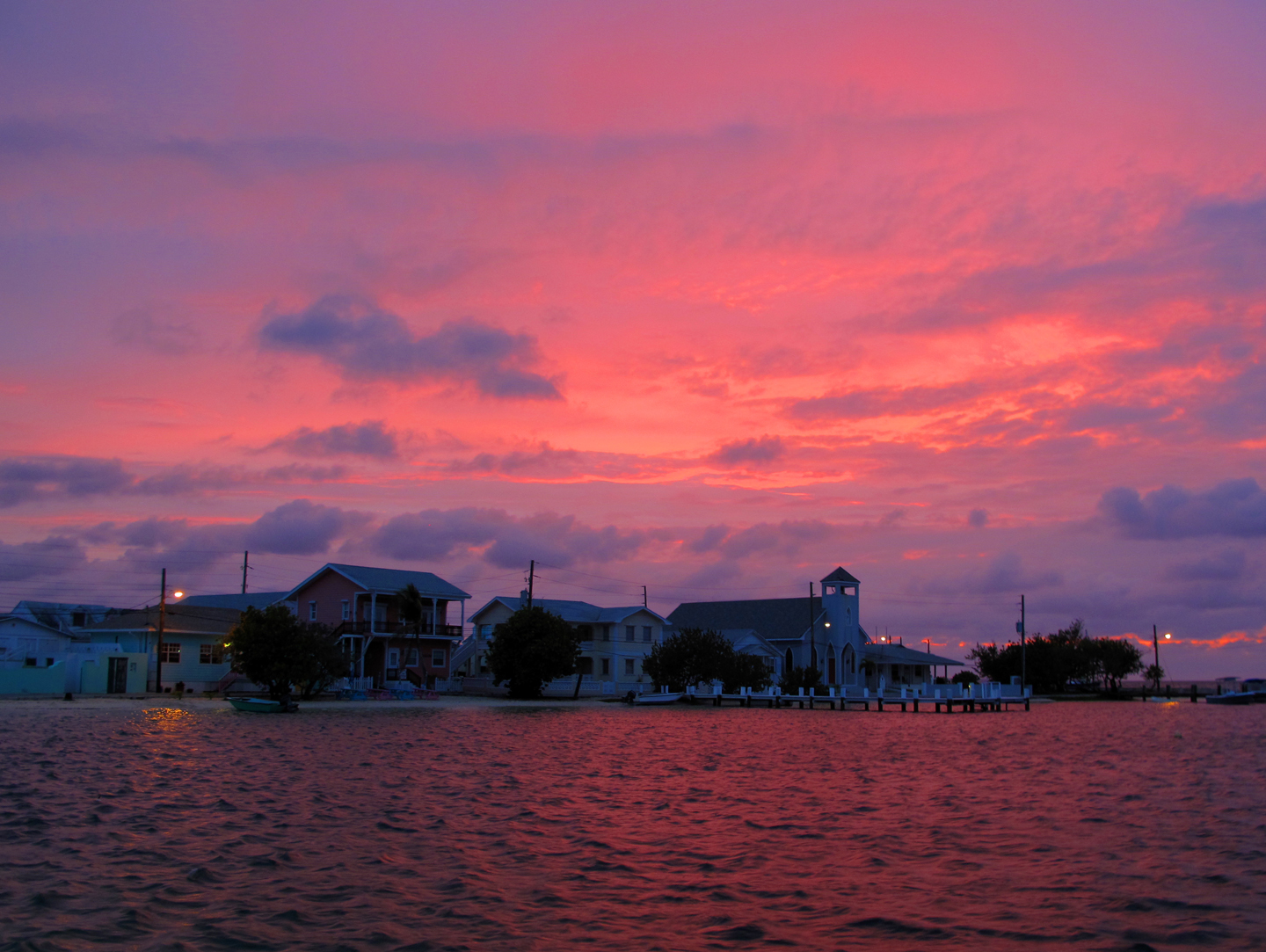 25 thoughts on “A Difficult Goodbye”